Ricardo Castro was born in Torreon, Mexico in 1941. After a vibrant career as a novillero, that included triumphant showings in Juarez and other plazas in the north, he took the doctorate in his home town in 1967 at the hands of Alfredo Leal. The ritual was confirmed in Plaza Mexico shortly after.

Throughout the 1970s, Castro was a popular torero, especially in Nogales, Tijuana and Juarez on the border. One of his most spectacular showings came in Tijuana in 1970, where eh cut two ears and left on shoulders.

Castro's worst injury was not a goring, but a blow received in Plaza Mexico during a corrida alongside Lomelin and Paquirri. Kneeling porta gayola to receive his second animal, he was knocked unconscious when the animal gave a wild jump over him and kicked him in the head.

In 1984, Castro added something new to his credit when he appeared in a set of bloodless bullfights in Phoenix Arizona alongside Adan Lozada, Benjamin Morales and Carlos Torres.

Sadly, Castro died a few years back, without the attention truly given to him that he deserved for a long career in front of the bulls. 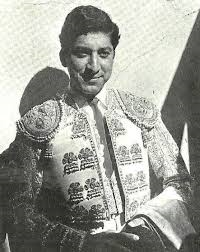