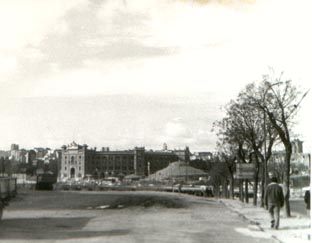 My bullfight columns will start appearing in English in http://www.bookmadrid.com/ which is a page designed to promote tourism in Madrid.

Posted by Blog taurino at 11:04 AM No comments: 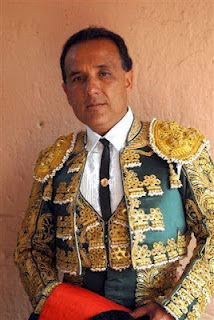 Posted by Blog taurino at 1:06 PM No comments:

I have done an expanded version of my Dale's Tales book, designed mainly to sell at lectures I do on varied topics, which may be ordered on Lulu at http://www.lulu.com/content/8243544 now

The book consists of a number of blog-like chapters on a variety of things ranging from bullfights to making garlic bread. 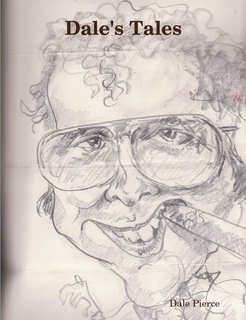 There is an offbeat number of topics to be found,. The Erie Railroad in Akron, Fallon's   amusement park, wrestlign at the Pheonix Madison Square Garden, high school memories, adventures with a number of stupid people I have encountered over the years, movie commentaries and more. I added several new segments recently which make the book longer and more interesting it so I hope.

Bullfighting material abounds. There is a story on a near miss I had at a capea, a lengthy profile on the Silveti family, accounts of how my books came to be, a lament on the downfall of the Plaza Monumental in Juarez and more. The death of the legendary Pepete, the San Fernando Cemetery, the bullfighting museum in Madrid, a look at the corrida in South America, the comic torero Tin Tin, the life of Dominguin and more are included.

There is also a piece on the making of Museo Taurino from my short story in Bullring to a low budget, in fact no budget dvd.

Posted by Blog taurino at 5:55 AM No comments:

Times have changed for Damaso Gonzalez now is retired and has a grandson fighting the bulls, but throughout the 1970s and 1980s, this  sad-eyed torero with his slender facial features, slicked down hair and characteristic nose, graced countless carteles with his image, while his name was prominently featured in an effort to draw in a large nob of fans who followed his every move.

Though as artistic as they could come when he wanted to be, he was also known for his special adornos, dropping to his knees before the bull and staring at it face to muzzle. He was likewise acclaimed for his work with the capote and especially his quites as major palzas such as those in Sevilla, Madrid and Barcelona saw again and again.

Born In Carrassco, Spain in 1948, Gonzalez gained early acclaim as a novillero, with several triumphs in the smaller towns as well as interesting presentations in Madrid and Barcelona.

His actual alternativa at the hands of Miguelin and Paquirri in 1969 was a frightening experience in its own right, based on blood and passion,. Dressed in pink and silver, he looked impressive enough with the capote and had started well with yhe faena when he was suddenly tossed. Losing his temper, but not his nerve, Gonzalez returned to the offending bull and forced it through several passes before being tossed again,. Four times this happened, until he was finally gored.

Refusing to go to the infirmary, he delivered a fatal sword thrust and was thrown again as he did so, The bull fell dead, he was given an ear and was then assisted to the awaiting doctors.

By the time he confirmed his alternativa in Madrid,  in 1970,  he was much more refined. The ceremony was confirmed at the hands of El Viti, who was the triunfador of the day, though the newer matador likewise looked promising, Again, his work with the capote showed great skill..

He would continue to be a favorite in Las Ventas until his  final retirement,

Mundo De Los Toros, a weekly newspaper in the 1970s and 1980s, would continually praise Gonzalez and frequently feature him on the front page, Several books, including those by the Botan family, would also carry photos of him in action. In 1988, a commercial postcard depicting him in one of his familiar adornos, kneeling before the bull, became popular among the tourists visiting Spain.

Gonzalez, like many of his associates, would retire, only to come back to the sand a few years later on at least two occasions. Now, of course, he is out of the suit of lights for good, with a praiseworthy career behind him.Incredibly, he still does pick up the lure and appear in a charity festival while wearing the traje corto.

Posted by Blog taurino at 12:50 PM No comments: Posted by Blog taurino at 12:05 PM No comments: