Retired matador, Manolo Urena, is visiting Los Angeles this week as part of a promotion of his recent book and that of bullfighting as a cultural phenomenon.

Urena is distinct as the only matador to actually lose an ear to a bull. Early in his career, when appearing in Guatemala, he was toppled with the horn slicing by the side of his head. A goring in the left ear removed a portion of the same.

In spite of the nightmarish wound, Urena returned to the bulls and fought for several years, registering triumphs in Mexico City, Nogales, Juarez, Guadalajara and other plazas. He eventually retired to the safer profession of flamenco singer. 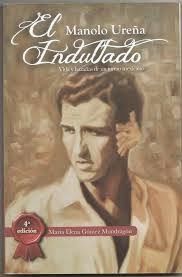