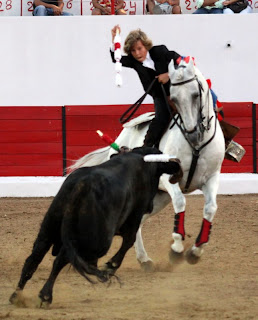 Posted by Blog taurino at 1:24 PM No comments: 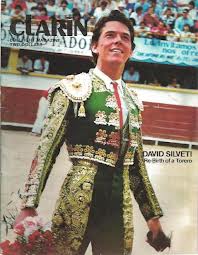 Posted by Blog taurino at 3:38 PM No comments:

Maera Of The Tragedies

Manuel Garcia "Maera" remains a tragic figure in bullfighting and one of la fiesta's most bizarre figures. Hemingway praised him in Death In The Afternoon and Barnaby Conrad did the same in How To Fight A Bull. The odd part was Maera never originally needed to be a matador. Nor did he intend to be at first.

Maera gained fame as a banderillero for Juan Belmonte  who did not place his own banderillas due to many  leg gorings which kept him from running. Belmonte's two greatest rivals, Joselito and Gaona, were masters with the barbs and as such, Belmonte used Maera to counter their actions. Aficionados came to know Maera as a banderillero as much as any matador.

When Maera went to Belmonte and demanded more money, he was refused, though Belmonte was making a fortune at the time.

Maera then announced he would become a matador himself and show up his former employer.

Maera entered the ranks as a novillero  and rose rapidly in the eyes of the fans. Already established as a banderillero  he came to be recognized for insane bravery with the capote and muleta as well. He did, indeed  take the alternativa and become a matador de toros.

Many contend Maera knew his time was short  as he was suffering from tuberculosis and he knew if the bulls did not kill him, this sickness was going to. This is where the true tragedy is found. How far a healthy Maera might have gone in the bullfighting world remains anyone's guess. History will never know.

Maera eventually died from his affliction, coughing blood in bed and painfully fighting off the Grim Reaper as long  as he could.

He rests within the San Fernando cemetery in Sevilla, where curiously  enough  the tomb of his former employer, Juan Belmonte, may also be found. 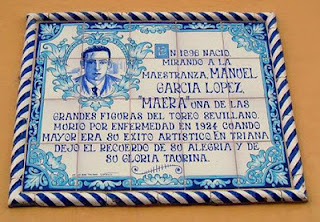 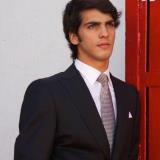 Posted by Blog taurino at 12:18 PM No comments:

He also wrote several nonfiction books about the same, including How To Fight A Bull, La Fiesta Brava and Encyclopedia of Bullfighting. 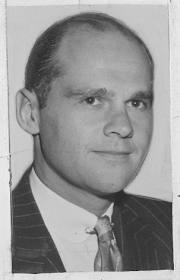 Posted by Blog taurino at 11:52 AM No comments:

Bull bars and restaurants are common in Spain, but America has a handful of them as well.

One such place is the Torero at 231 E 26th Street in Tucson, Arizona.

A fine place to dine, with bullfighting decorations. 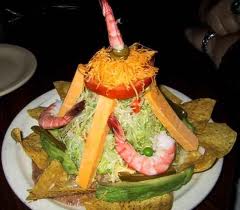 Posted by Blog taurino at 10:44 AM No comments:

Padilla: The Rage Carries On

Padilla took Mexico  by storm. There is no denying that one. Few, in recent memory, have been able to match his rage in front of the horns and his raw determination to triumph. The goring that would have destroyed a lesser man has made him a  bullfighting super hero.

One can only imagine the triumphs that await him when he returns to Spain and to wish him well. 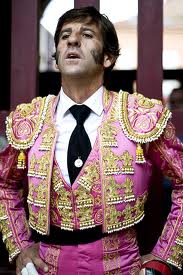 Posted by Blog taurino at 11:17 AM No comments: