In spite of the efforts of anti taurinos in certain cities, the 2014-2015 Colombian temporada is underway once again. Look for an influx of Spanish toreros flocking to the area and to Mexico above now that the 2014 season in Spain has come to a close. 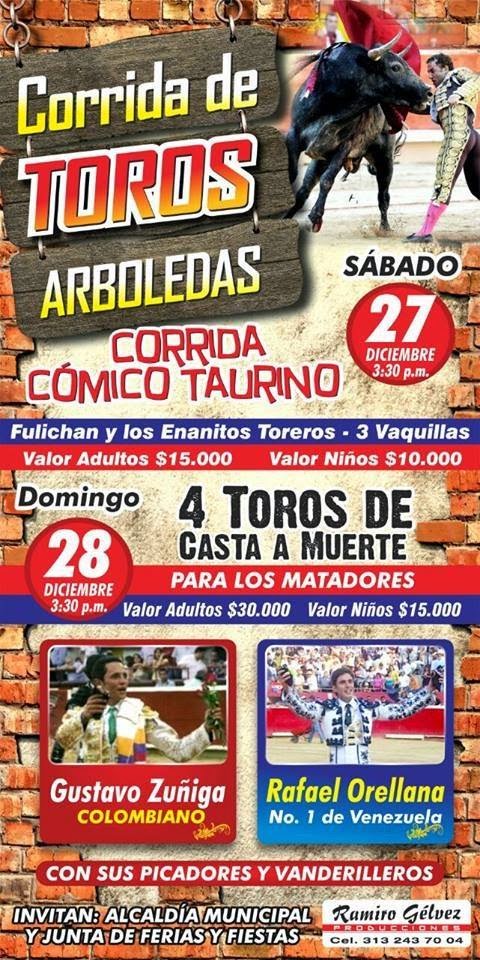