After a couple of lackluster years and cutbacks in number of corridas, there is gossip in the wind that the 2015 Tijuana bullfight season may be scene  to something big.

Aside from the regulars who have been seen on a regular basis such as  as  the past few seasons, such as Pepe Hillo,  Amaya, Zotoluco  and the like, there is talk for Spaniards to return.

Among those mentioned would be El Juli, the Spanish ace of aces. A former boy wonder and now a veteran torero, Juli reportedly loves the Tijuana ring and crowd.

Another name mentioned is Pablo Hermoso De Mendoza, the masterful ace of rejoneadores.  Several seasons ago, in a  corrida alongside Rafael Ortega and Zapata, Mendoza cut ears and tail in one of the finest demonstrations of rejoneo ever seen in this city. 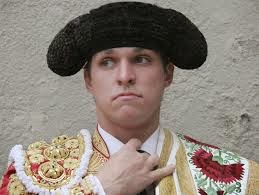