Mexican aficionados from the late 1970s into the 1980s will remember Marcos Ortega. Footage of him in action survives, though he has been long retired.

Ortega began a career as a sensational novillero, though his alternativa and confirmation in Mexico City were not spectacular. Nonetheless, he strove on as a matador de toros for many seasons, receiving many contracts in plazas large and small.

Ortega was especially popular in the border towns. He registered a number of triumphs in Juarez, Tijuana and Mexicali. He also took part in a corrida in San Luis Potosi, in a portable ring in the 1980s, alongside Pana. The event was triumphant, but the bid to restore bullfighting to this town on a lasting basis failed.

One of Ortega's finest border town afternoons from a technical standpoint came in Juarez in may of 1980, alongside Eloy Cavazos and Mariano Ramos. Ortega cut no ears due to failed sword work that afternoon, yet everything else was deemed the performance of a life time. His capote work, faenas and especially his banderillas placements were wonderful and had he killed well, he might have cut a tail off both animals. The lack of awards received does not nullify the greatness of the rest of his showing that day.

Some modern aficionados watching old clips of his bullfights, have claimed to see a resemblance in the face between him and evangelist Joel Osteen. Well, maybe. 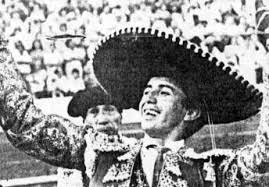