Though he is considered an aging veteran in his last years of activity, Zotoluco proved he has lost nothing during the 2014 season. With performances as valiant as ever, he convinced the critics and public he was still able to come on strong.

In 2014, Zotoluco fought in 21 corridas in Mexico, missing some due to a grave hand injury late in the Mexican season.

The veteran appeared in San Luis Potosi, Texcoco, Aguascalientes and Pachuca, as well as other major rings. This included an event in Plaza Mexico as lone matador, duplicating the feat few others have ever done, such as Eloy Cavazos, Manuel Capetillo, Armillita and Manolo Martinez.

If anyone was foolish enough to claim his abilities were diminishing, Zotoluco clearly silenced them this year. 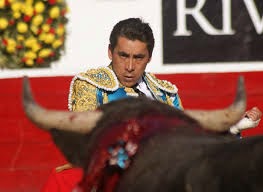