Many capable toreros have come from Queretaro, such as the San Roman family and more. Enter Juan Pablo Llaguno into the ranks as well. Though a newer matador, he has shown skill and determination that indicates the potential to become a true figura, in both Mexico and Spain.

Llaguno took the alternativa in 2014 and again, though fairly new as a matador de toros, he has lived up to the expectations placed upon him as a novillero.

A fiery performer, with much emotion in his style, he is yet another young man to keep an eye on and a true hope for the future. 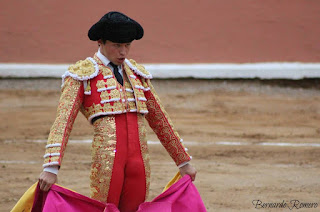