Sanchez Bejarano, a popular journeyman torero in his era , has passed away in Spain.

Though never a figura, Bejarano was known for artistic work and for being good with the sword.

One of his best and most unaccredited of showings came in Madrid in the summer of 1978, in a corrida alongside Ricardo de Fabra and Vicente Montes. Bejarano cut no ears, but took a vuelta from each bull after two long, emotional faenas. On other occasions he did much better rewardwise, appearing in this ring over 30 times and cutting 10 ears there, though the 1978 showing noted is considered by some to have been his most elegant.

He had suffered from cancer, reportedly, for a long time and was 71 at the time of his passing.

He will be buried in Colmenar de Montamayor (Salamanca) which was his home town. 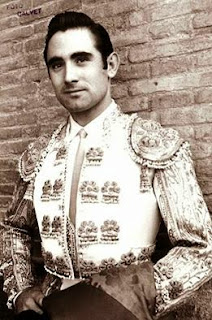