Diego Silveti endured tough bulls and an expectant public during his presentation during the Feria De Abril this month in Sevilla, Spain.

With his two bulls, he excelled with the capote in opening veronicas and quites. With the muleta he managed to extract two solid faenas, but his bulls were slow in dying and as such he cut no ears.

Keep in mind that Sevilla is regarded as one of the toughest plazas in the world to triumph within and a performance that merits applause would probably gain ears in the smaller rings.

Thus, Silveti's 's receiving palms and a salute to the audience may well be considered a minor triumph before an extremely tough crowd.

His associates, two Spanish matadores, were also applauded but did not cut ears either. 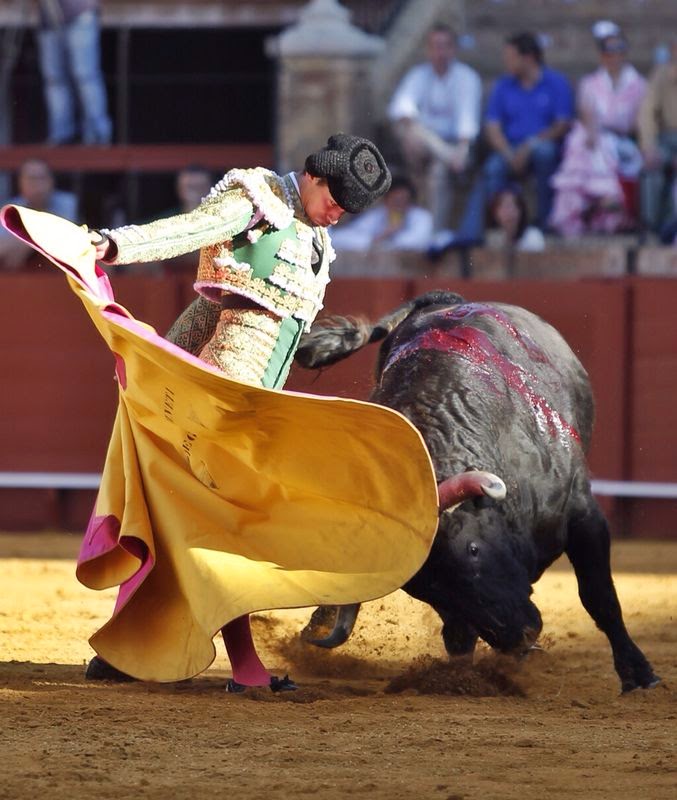