Paco Cespedes, the son of the late Peruvian matador of the same name, has become a seasoned veteran torero with performances in Spain, South America and Mexico to his credit. He plans to make 2015 a big year.

On February 5 of this year in Ceravali, Peru, Cespedes alternated with Emilio Serna and Jose Cubas in which he emerged triunfador. The corrida was a hard one, with difficult bulls, but Cespedes gave two defiant faenas that had the crowd on its feet, proving himself to be pone of the finest and perhaps most underrated muleteros in the world, this side of the late Manuel Capetillo.  Had his kills been quicker, he would have left on shoulders. Regardless of the fact none of the men cut awards, but were loudly applauded for their efforts, Cespedes in particular, showed an overwhelming determination with the flannel.

The 2014-2015 temporada in South America is winding down, but with El Geno,  the retired Mexican matador as manager, Cespedes has eyes on Mexico.

The still fresh 2015 taurine season may be a big one for Cespedes. 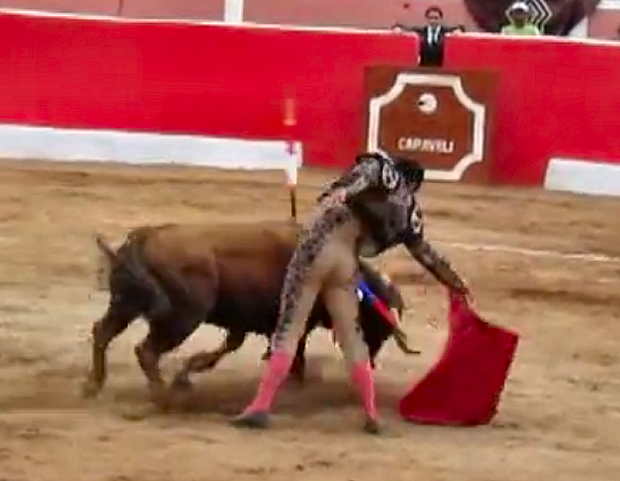