In his era Coelho was arguably one of Portugal's major matadores on foot and perhaps one of the bets banderilleros of modern time when it came to being a matador de toros noted for placing his own sticks.

Coehlo has fine afternoons in Spain and Portugal, but one of his greatest showings ever came in the border town of Nogales, Mexico in 1977. With his first bull he cut an ear, but gave the faena of a lifetime to his second, winning ears and tail.

Coehlo's son was also a torero. 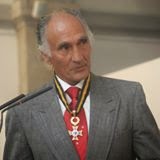