Caleserito started in the early 1960s, appearing often on cards which included Manolo "Armillita" and Jesus Solorzano, also the sons of toreros,  as alternates. He had some impressive showings in the border towns and in Plaza Mexico, where he showed he had inherited his father's skill with the capote. The only vast difference in style from Calesero was Caleserito did not place his own banderillas, where his father made this a tradition.

Caleserito took the alternativa at the hands of his father in Juarez in 1965.

As a matador de toros, Caleserito was never able to duplicate his earlier success as a novillero in Plaza Mexico, but did become a hot draw in the smaller plazas. One of his greatest showings came in Nogales in May of 1970, when he and Arturo Ruiz Loredo faced bulls of San Carlos,. Caleserito cut an ear, Loredo cut a tail and both men left on the shoulders of the crowd.

Caleserito retired in 1975 to become a businessman in other fields. 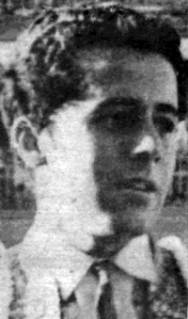