DP Adamov will be signing copies of his fetish horror novel, Storyteller, which included an uncanny bullfight take called El Toreo at this year's Crypticon Horror Convention in Seattle two weeks form now. Adamov seldom makes public appearances, has refused to be photographed for any book cover sand shuns most signing chances. This is a rare public appearance for a controversial writer.

Also on ale will be copies of the equally uncanny horror tale, The Spanking Man.

The author will also be selling copies of the bullfight book, The Long Day of Revenge, which offers a wild, but outstanding bullfight story if one might get past some of the kink. It is somewhat like 50 Shades meets Blood & Sand

The final bullfight scene and chapter is as dramatic as any found anywhere else in fiction, including Matador and Blood & Sand. here., the author's real talents and understanding of the bullfight comes through. he is a true bullfighting writer in this respect and at the end it shows.

The Long Day of Revenge is a worthy fit on anyone's library.

Adamov is also looking to make Long Day Of Revenge available at bloodless bullfight events in California and do signings there this summer.

Both Long Day and Storyteller are available from Pink Flamingo Publishing in Michigan. 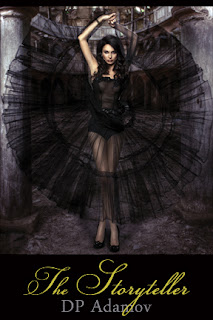