Dennis Borba is an American matador de toros who took the alternativa in Mazatlan at the hands of Manolo Arruza and Chicuelin after a successful career as a novilleros. Now in his 50s, he spends more time breeding bulls, promoting bloodless bullfights and running seminars in Escalon, California. His brother, Clarence, was a successful forcado, who has retired. .

During a long career, the bulk of Borba's activities were spent in bloodless bullfights, but he was also seen in Mexico, Portugal, Costa Rica and Peru. In his Peruvian debut he cut an ear in front of one of the most demanding crowds imaginable, while Spaniard, Carlos "Frascuelo" won nothing.

Borba possessed great skill with the capote and the banderillas, in a style similar to the late Paquirri. His work with the muleta was artistic and creative, while he did kill well, which never became an issue in the bloodless bullfights.

Borba appears in a book on bullfighting written by an area priest some years back, which also uses many photos of him in action. he has also been seen as an actor in film and has several of his corridas posted in You Tube

Over the years, Borba alternated with and withstood the competition of many fine toreros, including Armando Soares, Ricardo Chibanga and Manolo Moreno.

He made his mark in the bullfighting world. . 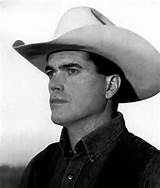