Juan Luis Sillas remains a popular Mexican matador on the move, who is capable in all phases of the corrida and growing in cartel every season.

After a relatively sensational career as one of Latin America's novilleros and much anticipation, Sillas took the alternativa in 2009 at the hands of the famed Mariano Ramos.

Keep an eye open for the name of Sillas on the cartels and expect to something quite worthwhile if he appears.

Sillas is especially recognized for classic work with the muleta, much like that of his padrino, the late Ramos. 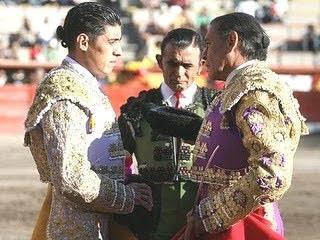