Mario Coelho now lives in retirement in his native Portugal, while his son has followed him into the bullring. The father, however, rests on the fact that if not one of his country's greatest toreros overall, he would undoubtedly go to the books as one of the most spectacular banderilleros of all time. His work with the sticks in the past could compare easily to those of Fandi or any other contemporary torero.

Coelho was born in 1937 in Villafranca de Xira in Portugal and makes his home there to this day.

Though seen regularly in both Spain and Portugal, one of his biggest triumphs came in the broider town of Nogales, Mexico in 1977,  when alternating with Gaston Santos and bulls from this rejoneador's ranch.

With his first bull, Coelho stunned the crowd, though while placing a set of banderillas el quiebro, his white and gold suit of lights was badly torn by the horn. With tape holding his pants together, he returned to the bull, gave a solid faena and cut an ear.

It was with his second bull that he really came alive. After solid veronicas, he again placed three spectacular sets of banderillas and gave what may have been the greatest faena of his career, climaxed when he tossed the muleta away and knelt with his back to the animal, showing open defiance. A tremendous swordthrust dropped the bull in seconds and he cut a tail. He also left on the shoulders of the crowd.

Also at certain points in his career, Coelho made it to California to appear in a set of uncanny bloodless bullfights where the animals were not killed, did not face the picador and the banderillas were tipped with Velcro rather than points.

The oles and cheers might have faded away, but the memories still remain.

Mario Coelho was and always will be a grand torero. 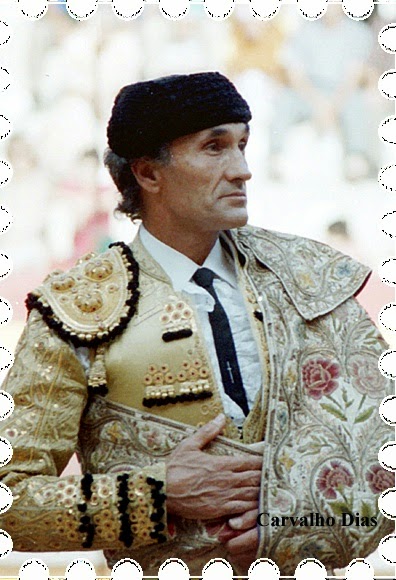