Raul Sanchez has lived  quietly in retire,ent for several years, but the memories remain.

In the 1970s, Sanchez was an artistic and dependable matador, though not a figura in the true sense of the word. He was always a reliable performer and saw bookings in all of the major palzas every season.

One of his best showing in Madrid came in the summer of 1978 alongside Arranz and Regio. Though he cut no ears, he excelled, taking a vuelta  from his first and hearing loud ovations from his second. had he killed a bit better, He would have easily cut an ear with each faena.  .

His two faenas that day have been said to have been the best in his life.

Sanchez also took a number of serious gorings in his long career, but lived to tell the tale.

Serious, dedicated, brave and daring, he was a noteworthy matador de toros in his day. 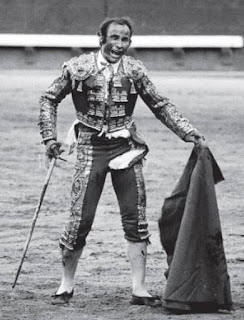