Sadly, they never cut a record, but for over two decades the Banda Taurina Sonorense, consisting of the same pack of 4-12 local musicians provided music in Nogales on the border.  From the late 1960s into the 1980s, they continually played at the Plaza Monumental and the short-lived Guadalupe in this city. 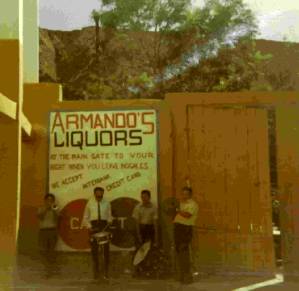