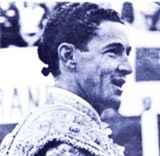 One of a family of 13 children, Cesar Giron and three matador brothers went on to become the epitome of Venezuelan bullfighting. Even today, long after his passing, the dynasty continues with new members of the Giron family carrying not the traditions of old in the ring. 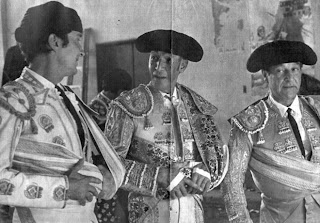 Cesar Giron proved to not only be a major draw in South America, but a torero of maximum cartel in Mexico and Spain as well.  He was talented in all parts of the corrida, but especially the banderillas. He took Madrid, Sevilla and other major Spanish rings by storm, competing with the best that country had to offer and often surpassed them.

One of his greatest afternoons in a long career came in his native Venezuela, in Maracay, where he and the famed Luis Miguel Dominguin met in an intense mano a mano corrida. Both toreros left on the shoulders of the crowd, with Giron cutting a tail off the last animal of the day,

Mexico also became a stronghold for him. He proved to be a top drawing card in the border town of Juarez where, though he was starting to show hsi age at the time, he offered moments of brilliance expected from others much younger in age.

Mexico was an area where he also took some serious gorings, including a puntazo in the face that could have been much more devastating.

Truly, he was one of South America's most recognized and loved of toreros.

In 1971, he died not in a bullring, but in a  traffic accident. He was killed almost instantly when a piece of jagged metal from the mangled car entered into his head. Ironic and heartbreaking that a man who survievd so many corridas would leave this world in such a way.

His legend, however, lives on. 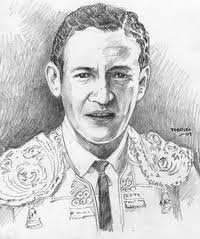