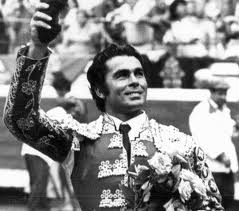 Fernando Cruz is recovering from perhaps one of the worst nonfatal gorings in history. Some weeks ago while working with the muleta , he was gored twice. One wound was of serious consequence in the leg, but the other was of major concern in the stomach.

Incredibly, the torero is already speaking of a comeback, though for a time he was at the door of death.

Luck to Fernando Cruz and may he be back in the ring soon. 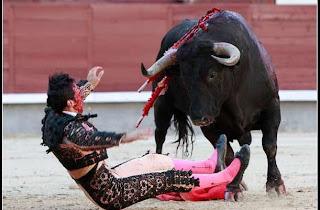 Posted by Blog taurino at 4:03 PM No comments: