Benitez On The Comback Trail

Veteran Venezuelan matador and master of the banderillas, Leonardo Benitez, is on the comeback trail with numerous summer corridas set for Mexico. 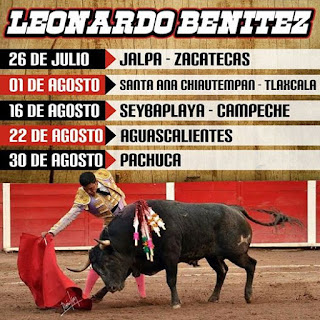 Every year, the newscasters seem to insist the year's bull running days in Pamplona have seen an abnormally high amount of gorings. This year, they have done so again and as usual, they are not especially correct.

Granted, there were many gorings, but nothing out of the ordinary for this feria. When you have the popularity of the bull run growing every year, with drunks and novices who have no clue getting involved, there will of course be injuries.

There was one extraordinary incident this year. A bull became divided from the herd and "turned back" or started backward on the street on his own. The animal ended up goring nine people and because he had "learned Latin" or discovered human targets,  he was not used in the actual corrida.

While the press has hyped things up, in truth there were a number of horn wounds, but nothing exceptionally terrible,  as other years have been worse 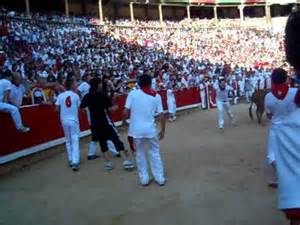 Posted by Blog taurino at 3:54 PM No comments:

It had to happen sooner or later, one supposes. A matador in a lucha libre mask. Well, the routine has people talking at least.

For all the controversy it is provoking and will provoke, meet Fantasma.

Well again, at least unlike the American luchador Tito Santana, who went as El Matador and never fought a bull in his life, Fantasma is in fact facing some truly  large bulls. In San Miguel Alto recently he faced an animal of over 500 kilos quite bravely.

Lucha libre and bullfighting has blended before. El Santo faced becerros in benefit capeas as did Blue Demon and Mil mascaras played in Torero por una Dia. Valente Arellano actually wanted to be one oif the luchadores but was deemed too small, before entering the bullring.

How this saga ends will be anybody's guess, but as of now Fantasma is creating a great deal of controversy and this means contracts. 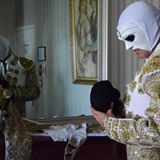 Posted by Blog taurino at 8:21 PM No comments:

San Fermin begins July 7 as always in Pamplona, with the traditional fiestas, running of the bulls and bullfights. 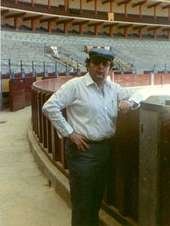 Posted by Blog taurino at 5:37 PM No comments: