No, he has not died.

He is, however, retiring.

After a long career, El Fundi made his farewell appearances throughout Spain this season, to the sadness of many who have followed him over the years.

Fundi gained a reputation for facing animals many figuras avoided, such as the Victorinos and Miuras, not only caping them, but triumphing with them.

In the past few years, however, he found himself in increased trouble as age snuck up on him, including one major goring and an instance where he was tossed, landing on his head and neck.

Fundi was capable in all phases of the corrida, but especially known for his skill with the banderillas.

Aside from being a consistent favorite in Spain, Fundi had great cartel in France, especially Nimes.

The aficioandos bid a fond farewell to Fundi. 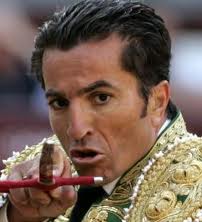 Posted by Blog taurino at 1:44 PM No comments:

Always a top draw in his native land, Ramos also made it to Spain in the 1970s. During his presentation in Madrid he cut no ears, but took a vuelta which considering this crowd is reported to be the toughest in the world, would be an astounding success.

Ramos registered many triumphs in the border plazas of Juarez, Tijuana, Mexicali and Nuevo Laredo. Ge was also a regular in Plaza Mexico and Guadalajara as well as other important plazas.. 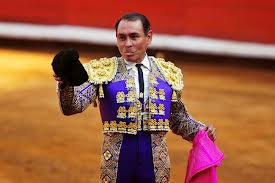 Posted by Blog taurino at 7:16 AM No comments:

After lengthy delays it seems Blue Kat Boneyard Productions out of Ohio will be releasing the DVD  Forcado, sometime in early 2013.

An uncanny horror story with a bullfighting theme, Forcado deals with a devil-worshipping forcado by the name of Vitor Dos Santos and a pact with Satan to be brought back to life through a series of ritual sacrifices.

While awaiting the film, the actual horror story may be found within the book, From A Dark & Murky Place at http://www.lulu.com/content/4904503

Posted by Blog taurino at 8:33 AM No comments: