In his era, the late Manuel Capetillo was considered one of the finest muleteros in the world. Tall and with long arms, he could run the hand second to none with circling derechazos and natural passes in his faenas. He was also an outstanding swordsman when it came to the kill.

While he was seen often in Spain and South America, Mexico was always his home base and scene for his greatest triumphs. Mexico City was the location of some of his best showings ever, where he cut several tails. A rivalry with Manolo Martinez in the 1960s highlighted many of these corridas, with the two men inspiring each other to greatness.  In both Plaza Mexico and the El Toreo, the pair offered truly magnificent presentations as they tried to top each other over and over.

Mexico City was also the location where Capetillo suffered his worst injury, a near fatal goring in the chest while working with the muleta.

Tijuana, Nogales, Juarez, Guadalajara, san Luis Posoti and Aguascalientes were other areas where Capetillo offered glorious faenas that remain etched in the history of Mexican bullfighting.

Aside from bullfighting ,Capetillo cut records, starred in films and appeared on television, becoming a well-rounded figure in the entertainment industry.  In the early 1960s, he also gained considerable profit by endorsing a brand of alcohol.

Capetillo continued to perform into the late 1970s before calling it quits as an active matador. He lived to be quite elderly before passing away from natural causes. 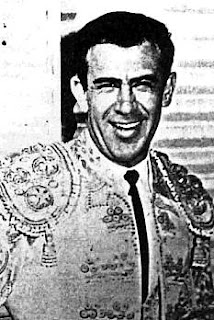