Tall and dashing, the late Alfredo Leal was one of the main matadores of his time, starring in not only the bullring, but film, television and music as well. Oddly, the bulk of his movies were not bullfight related, but westerns.

Though he was seen in both Spain and South America, Mexico was the scene of his greatest triumphs. The border town of Tijuana saw him score many great corridas, but it was also in this city he received his most serious goring, taking  a huge leg wound while placing banderillas.

Leal also had several triumphant tardes in the border towns of Juarez and Nogales.

Capable in all parts of the corrida, Leal was especially noted for his work with the sword. He remained one of the most unerring killers of his era.

Leal was likewise a mainstay in Mexico City, where he had great cartel.

The American writer, Lyn Sherwood, constantly praised Leal for his artistic endeavors in both his newspaper columns and in Clarin magazine. Pepe Alameda was another commentator and writer who was constantly pushing Leal for his capability.  The 1961 book, Matadors Of Mexico, by Ann Miller, devoted much time to Leal and his work on the sand, a did the writings later on of Pepe Mata.

Though long gone, Leal lives on in these writings, in dvds, on you tube and in a pasodoble composed in his honor, as well as his many film and television roles.  Oddly, one of his last television parts was for a beer commercial in the USA. Leal spoke English and thus had no problem with shooting. 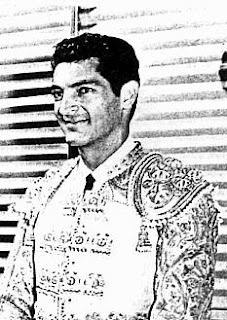