In the 1980s there was a Jorge Pereira out of Lisboa who was an active rejoneador. He appeared not only in Portugal, but in Spain, France and bloodless bullfights in the USA.

Now there is a new Jorge Pereira active in Portugal, who is no relation to the rejoneador noted here.

This Pereira is a capable banderilleros. In fact, he is considered one of the most active of peones in the Portuguese bullfight at this time.

Too often the banderilleros never get credit for their actions in the ring, in newspapers, books, songs or even blogs. In this case, the situation is corrected.

A big ole for Jorge Pereira, who is one of the finest of banderilleros! 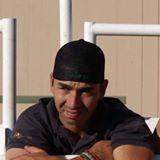