Making a comeback at his age seemed impossible, But Vicente Ruiz "Soro"  has done just that.

Soro's greatest fame came in the 1980s, where he wa especially noted for his work with the banderillas. He was considered a top notch torero with triumphs in Madrid, Valencia and other major plazas.

Soro took the alternativa in 1982at the hands of Paco Camino.

The alternativa was confirmed in Madrid in 1985 at the hands of Rafael de Paula.

There are many clips of Soro in action on You Tube, as well as a pasodoble in his honor. The matador also operates his own Facebook page 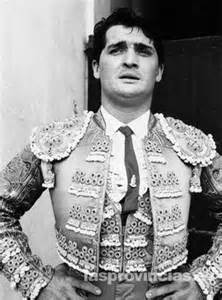