Veteran retired matador, Mario Coelho, proved a point about never saying one is too old for anything. Though in his 80s, he recently fought a full size bull on a ranch, proving he still has it all.

The 1970sand 1980s saw this Portuguese torero as an extremely popular figure, known especially for his work with the banderillas.

One of his greatest afternoons came in Nogales, Mexico in 1977, when he cut ears and tail and left on the shoulders of the crowd. 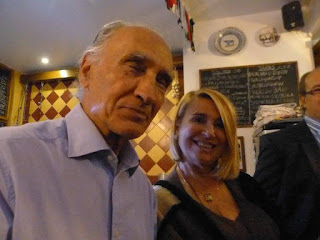