Since retirement from the ring long ago, Manolo Urena continues to be going strong with book  signings and presentations of his autobiographical book and as a flamenco singer.

Urena will also be seen in a new book on the history of bullfighting in Tijuana coming out late in 2015.

Urena was a novillero and matador de toros of extreme valor, who suffered many bad gorings in his career. He was especially popular in Nogales, Tijuana and Juarez, but also offered excellent showings in Mexico City, Guadalajara and other interior rings.

He is known for an uncanny goring in the side of the head in Guatemala early in his career, where the horn removed part of his ear. 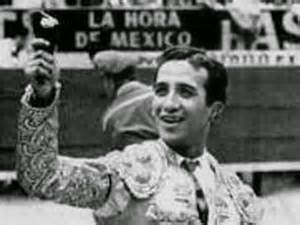