Diego Bricio was born in Guadalajara., Mexico and first rose to fame while appearing alongside his brother, Alfredo, in the 1990s. The brother, however, died from a serious leg goring in 1993, when a farol de rodillas went bad and his bull slammed straight into him.

Diego, on the other hand, went on to take the alternativa at the hands of Enrique Garza and Pizarro in Autlan

Always a charismatic performer, Diego was more popular in the Mexican interior than on the Mexican border, having several triumphs in Guadalajara, Aguascalientes  and other plazas.

After a successful career as a matador de toros, Bricio retired to become one of the world's best banderilleros. He remains active in this fashion to this date.  He still makes is home in Guadalajara. 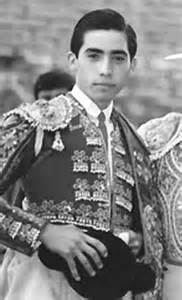