Several outstanding toreros have come from San Luis Potosí over the years. Jesus Silva, Fermin Rivera, Curro Rivera and others come to mind. Jose Briones is yet another Potosino, born there in 1980, who has made a name for himself as an artistic and capable torero.

Briones showed considerable skill  as a  novillero, with particularly refined ability for the big capote. His muleta work was dominating as well, leading him to show promise in his initial appearances.

Briones took the alternativa in San Luis Posoti in 2005 at the hands of Manolo Mejia. As a matador de toros he has continued to show the same skill reflected in his early days as a novillero. 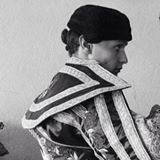