From the late 1980s into the 200s, Antonio Urrutia remained a popular Mexican matador. Coming from Aguascalientes, the area knowing for producing quality Mexican toreros as well as bulls, Urrutia arose from the ranks of a charismatic novillero to a respected matador, complete with banderillas, capote, muleta and sword. When circumstances were favorable, he succeeded in all phases of the corrida.

From early in his career as a matador onward, Tijuana was always one of the towns where he offered his best showings, starting in the 1980s when he appeared alongside Rafaelillo and Raquel Martinez. He emerged as the triunfador of the day, offering an assortment of kneeling passes with capote and muleta for the tourists and sound muletazos for the purists.

In 1990, Urrutia again emerged as triunfador in a corrida with Mariano Ramos and Alejandro Silveti, cutting an ear from each bull. Again offering the kneeling passes with capote and muleta, placing exciting banderilla sets and giving varied faenas, he might have cut more awards had he killed faster. Nonetheless, he emerged as the star of the afternoon and even the violent tossing he took from his  first animal failed to slow him down.

Over the years, Urrutia endeared himself to the aficion, both within  the Mexican interior and especially on the border.

Urrutia took the alternativa in mexico City in 1982, essentially confirmign ti at the same time at the hands of Manolo martinez and Miguel "Armillita."

The alternativa was confirmed in 1999 in Madrid at long last, at the hands of Molinero and Ruiz Manuel. 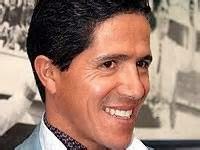