From 1964 to 1973, Paco and Mario De La Fuente promoted bullfightign in the concrete ring in Nogales purchased from the original builder, Pedro Gonzalez. From the late 1970s into the early 1990s, they rented the ring to varied people, before Paco tried presenting novilladas again in 1991. He also operated a ranch in Durango for many years and used his own animals in some of the bullfights.

Paco helped negotiate contracts for many top toreros to appear in Nogales, most notably El Cordobes in 1969. 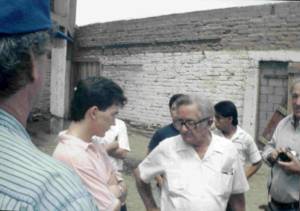