The Death Of Cesar Faraco

Last week Cesar Faraco passed away via natural causes. He had been retired from the bullring for some time, but had been operating a bullfighting school in San Cristobal, Venezuela for several years.

Faraco enjoyed tremendous cartel in the South American rings, as well as Spain and Mexico, where he was nicknamed ":The Condor Of The Andes" for his courageous style and determination to triumph with the most unworkable of bulls.

The matador enjoyed a big fan following along the Mexican border as well. I was on the border, however,  hat he came the closest to being killed. While performing in Juarez, he took a major wound in the lung, but simply proved too tough to die. He not only survived, but returned to the sand in record time in spite of the magnitude of this goring, amazing aficionados and doctors alike. 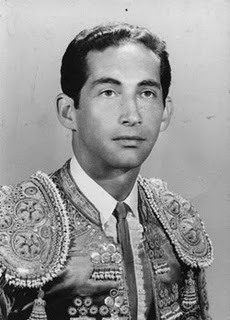