Pepe Luis Vargas was one of Spain's most beloved of toreros during his time. Born in 1959, he showed great promise as a novillero and exceptional skill with the capote,  which endeared him with the aficion. His specialty was to receive the bull kneeling puerta gayola for a unspectacular larga cambianda pass, but more on that later.

Vargas took the alternativa in 1979 at the hands of Curro Romero and Manili, following impressive actions in Madrid, Sevilla and other less important plazas during his time as the aforentoed promising novillero,.

He continued to appear for many years to follow, in bullrings large and small. In 1981, he traveled to Mexico and was a hit there as well.

It was in Sevilla, however, that he came closer to dying than arguably any other man. As he knelt on the sand for his famed kneeling pass with the capote, the bull veered into him and delivered a massive goring in the groin that hit the femoral artery. As he rolled over and attempted to rise, blood shot out of the wound like water from a fountain, indicating in no uncertain terms how badly he had been injured.

Had it not been for the skill of the doctors in charge, Vargas surely would have found himself among those on the black chronicle of deceased toreros.

As it was, Vargas made a successive return to both the bulls and to Sevilla, with the public sympathy behind him. The whole ordeal was accounted for in a book released in Spain dealing with the goring and recovery. A nightmarish photo of Vargas on the sand with the blood gushing out of him illustrated the cover.

He became known not only as a fine and capable matador, but one who cheated death.

The composers were impressed as well, for in the late 1980s two pasodobles in his honor came out on records. They are still heard to this day in the Spanish plazas de toros. 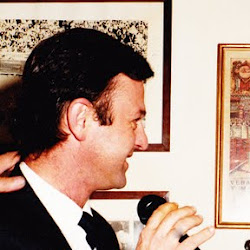