Silviano Tanoriof No gales, mexico, started off as a protegee of Jose Antonio Gonzalez "Chilolin" and through him gained a number of novilladas in the pueblos from the late 1970s into the earl;y 1980s.

His Nogales debut in the suit of lights came after he already had several appearances within he interior to his credit, when he was allowed to act as a sobresaliente in a novillada with Chilolin and Raquel Martinez. After the official novllada with the billed attractions, eh was given a smaller novillo to face and did well enough with it, though he cut no ear.

In the years that followed, Tanori would stick closer to the border and in some cases promote his own novilladas in Nogales and in the lienzo charro in Agua Prieta.

Two of his best showings came in Nogales in 1993. The first was a novillada with Chilolo and Antonio Diaz, in which he gave a magnificent faena to his second animal of the day and cut an ear.

In a return novillada the following month he would be seen with Chilolo and Carlos Gonzalez, where he would again cut an ear from his second adversary.

In recent years Tanori only appeared before the bulls as an active participant in festivales, but has been invovle din the business end of the corrida. He was sentimental in the push of rising Tijuana star, Pepe Hillo. He has also worked several years as a para-legal. 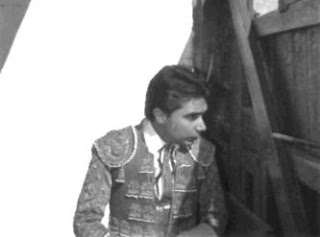