Born James Bolger in New York, this torero came to Mexico on a motorcycle in an attempt to learn bullfighting and learn it he did. Becoming Diego O' Bolger, which he felt to be more colorful, he embarked on a career as a novillero after some early appearances in amateur capeas and eventually took the alternativa in Tijuana in 1968.

As a matador de toros, Nogales was his stronghold, where he appeared numerous times in both the Plaza Monumental and the ill-fated Guadalupe arena on the outskirts of town. In fact, O'Bolger inaugurated the short-lived Guadalupe ring along with Jesus Solorzano in 1976, in a spectacular Cinco de Mayo corrida that saw each of them cut ears. 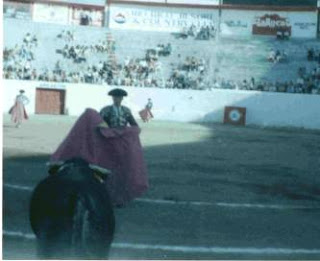 In 1977, O' Bolger offered the greatest showing of his life in the Guadalupe ring when he shared the bill with the retiring Eliseo "El Charro" Gomez. Gomez cut four ears and a tail that day. O' Bolger cut two ears and a tail.

O' Bolger also appeared numerous times in the Monumental bullring in Nogales and triumphed there as well. 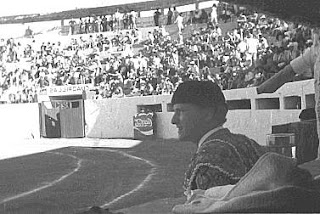 As far as style was concerned, O' Bolger was an enigma. With the capote and muleta he varied hsi performance to match the mood of the  audience. He would drop to his knees for frightening passes if he  sensed that was what the public wanted and would perform standing in artistic form if he sensed that was what the audience desire instead . He was especially  skilled with the banderillas and often placed the cortos el quiebro, where he broke down the shafts of the sticks to an incredibly short length and let the bull come to him  rather than running to it. He usually killed well.

Oddly enough, O' Bolger's closest brush with death came in a bloodless bullfight in Kansas where he was knocked down and gored in the mouth, with several teeth needing to be capped afterward.

O" Bolger is retired and now lives in Tucson. 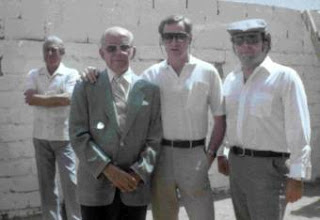