Museo Taurino is an independent horror film done on a shoestring budget, orderable at the link above. The story deals with a crazed killer, Guillermo,  who murders people he blames for the death of his novillero son in the ring, such as a bull breeder who sent "dirty" animals to the novillada , a corrupt newspaper critic and others. Now is sights focus on the author, Don Carlos, though no one is sure why and a bizarre cat and mouse game begins.

Guillermo operates under the guise of owning a private bullfight museum and lures his victims to his home in this way, where they, frankly, become part of the displays.

For the aficionado, one might find the archives of bullfight film worth adding to a collection, if not the horror story plot. Taken off old movie film, there are scenes from  Juarez, Tijuana, Nogales and Zaragoza that fit quite well. One can make out action from the late Ricardo Castro and Alfredo Leal within.

The performance of the Indy actor, Mr. ??? is remarkably insane. campy and over the top as a ranting. eye rolling psycho who speaks to imaginary people only he can see and lives in a world of long dead toreros, he looks and acts like a total fruitcake throughout. The buildup to his final revenge on Don Carlos makes for some scary moments.

Due to budget crunches, most Indy films are far from great. Operating within its restrictions, this one has its high points. 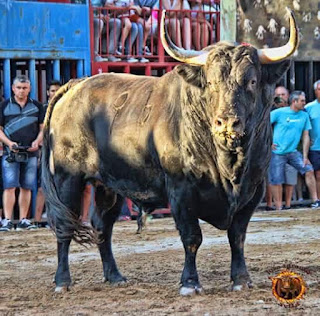