The Needless Death Of Juan Gallo

Juan Gallo was a promising, but inexperience young novice from Aguascalientes who met a senseless death. How far he might have gone had he lived will never be known, for a horn cut short both his career and his life in Aguascalientes n 1940. The whole affair was tragic and preventable.

In a full corrida de toros, Gallo was allowed by the promoter to make the parade, though only a novillero, placed on the cartel as a sobresaliente. or spare man.

One of the established matadores on the card motioned the young man into the ring, allowing him to make a few guest passes with the full grown toro in the ring. While a sporting gesture, Gallo was not experienced enough to face such an animal and what happened next showed it.

Rushing out with the capote, Gallo dropped to his knees for an intended farol de rodillas, but out himself in difficult terrain and as the animal advanced, it became obvious the maneuver was not going to work. While he had faced and done well with the smaller bulls prior to this, he was confronting a gigantic toro he should not have even been on the sand with. This time, he pressed his luck too far

Rising, Gallo tried to make an escape, but too late, the animal crashed into him and gored him.

The unfortunate torero ended up receiving a large horn wound in the leg, similar to the one that killed Paquirri decades later. The femoral artery was damaged and little could be done to save him. He passed away in the infirmary shortly after the corrida concluded.

Thus ended the life of Juan Gallo, snuffed out due to an opportunity that took a tragic turn and a desire to gain fame which over ruled common sense. 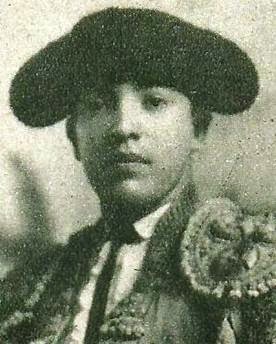