The Book will focus on Dos Santos and his Mexican campaign of 1968-1972, with accounts of several of his corridas in Nogales, Tijuana and Juarez, as well as the confirmation of his alternativa in Mexico City.

Nogales was the scene of many spectacular triumphs for this matador, who won the Gold Ear trophy in 1972 and before that, in 1970, gave an absolutory historic faena to Gaditano of Heriberto Rodriguez that received an indulto.

In 1969, Dos Santos also took a goring in the neck in this bullring, in a corrida alongside Antonio Lomelin. Luckily, the horn missed the jugular by fractions.

During his Mexican stay, Dos Santos was a regular on cards with Jesus Solórzano, who was his direct opposite in style and physical appearance. Others he alternated with in various plazas include Joel Tellez "El Silverio", Mauro Liceaga, Curro Rivera, Mariano Ramos, Guillermo Montes Sortibran and more.

Dos Santos also had impressive showings in Tijuana. In 1970, he left on the shoulders of the crowd after a suicidal performance to a bull named Bien Amigo. That same season he cut three ears in one corrida in Juarez, though he was so late in getting to the ring at the start of the corrida, the plaza judge started the parade without him.

Upon his final return to Portugal, Dos Santos made many investments, become a  land owner, bull breeder,  empresario and manager. Oddly enough, he became more famous in business behind the scenes than in the ring.

On the sand, his bravery could never be disputed and the Mexican public embraced his style. He wa sometimes billed  as"The Wild Man From Portugal" which was a good way of describing him.

The book will attest to this. 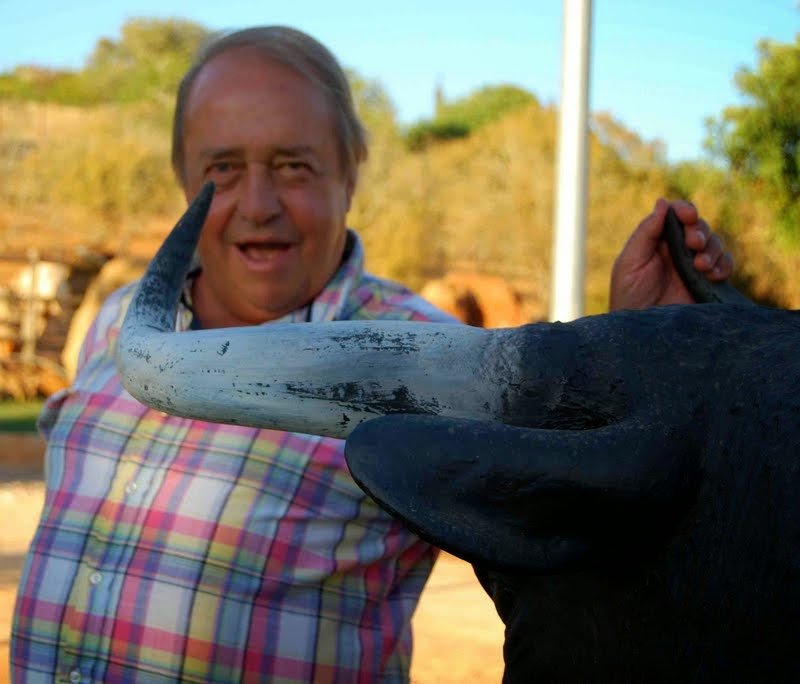